The Calm Before The Storm – Pre 204km FKT

This is a personal tale of perseverance . An acceptance of not being knocked off course by what you cannot control such as race cancellations, of staying true to your training, your cause, your purpose and commitment and creating the performances that you and your coaching team can reflect on as genuine / top class.

West Macs Monster 2020 was to be a 231 km race along the full length of the Larapinta trail and I was in week 5 of a 12 week block of training when the inevitable message came through. No fault, no blame, no control, just fact – the race was off.

I reflected immediately on my build for this race which had started in June 2019.I decided to build methodically by way of an attempt on my lifetime bests for half marathon (September), Full Marathon (October), fast ultra (January 2020), Everesting (February) then West Macs Monster in May 2020.

All of the preparation worked wonderfully well with both my half marathon at 1:19, full marathon at 2:45 (big thank you to Dion F) then Two Bays at 56km in 4:52  finishing 13th overall and winning my age group.

I then moved on to our own The Running Klub specific climbing racing training for my Everesting attempt where you run a single climb until you have the equivalent vertical height of Mount Everest. This was achieved in a little over 20 hours for 8848m of climb.

I was growing in confidence to not just compete in West Macs Monster but to do so in a very competitive time.

So back to reality the race was cancelled for 2020. As many of you would know here is the quandary .

We all have choices. Let the training go,  maybe just tick over with some non- specific training and maybe eat and drink a bit more – why not… Don’t I owe myself the break? It’s been a good run hasn’t it!? A rest and some well earned debauchery wouldn’t go amiss!?

OR stick with the plan, create an alternative and equally rewarding new reality.

I had done this before with my life PB for the Marathon when I improvised in October (having missed out on a place at Melbourne) and ran mine in Adelaide with a bike pacer sat on 3min 47secs average pace per kilometre (my son George) and pacers Ben Watt and Matthew Cole. Both dropping in like Kipchoge’s crew when he that same day broke 2 hours for the full marathon.. I took slightly longer 2hrs 45 mins and the crowds were a bit less!

So I decided to create a course that would mimic (as best possible) West Macs Monster. For distance and elevation and the Fastest Known Time (FKT) was born.

A sprinkling of artistic and marketing licence created Coast to Lofty (C2L.. a play in one of my favourite and best races now unfortunately not running anymore. Invite only, Coast to Kosciusko ).

The idea is to set a standard or beat a recognised existing course and hopefully inspire others to have a crack at beating the time – the clock never goes off from start to finish – or if not going for the record then at least inspire people to consider running a course that can be downloaded in part or full in some genuinely lovely and maybe very new terrain to what they are used to ..

The course would start from The Heysen Trailhead (Southern) in South Australia at Cape Jervis, the ferry port for Kangaroo Island.

This was significant for two reasons – one being that it marked the end of the magnificent Heysen Trail which has 1200km of trail winding its way down through South Australia from the Flinders Ranges in the Outback and which in 2017 marked the finish of my FKT for the full Heysen (1200km in 13 days 16 hours and 16 minutes).

Secondly it meant that my run was homeward bound to the stunning Mount Lofty high above my home town of Adelaide.

It would prove to be a monumental and interesting way of getting home that was for sure… at 6am on Friday 29th May I took those first steps into the darkness with the head torch on full and the Ocean roaring up ahead .. we were off… 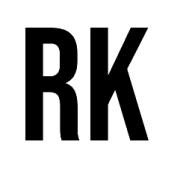